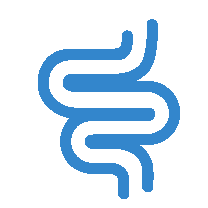 Few clinical conditions have been subject to the level of scrutiny for the effectiveness of screening as colorectal cancer (CRC). Studies have shown that early detection can result in up to a 92% survival rate for stage I, but detection after the metastatic process has begun has a far worse prognosis, 11% for stage IV colon cancer.1 Screening has become a key diagnostic tool in the US and has taken many forms from simple non-invasive stool tests to imaging techniques that combine visualization of the intestine with the ability to remove tissue for pathologic examination and confirmation.

The question long ago ceased to be “Should we screen for colorectal screening?” and has been replaced by much more sophisticated thinking, resulting in the more complex question: “Screen who, for what, by what method, and how often?”

The reasons for colorectal screening are clear and well-documented. Early detection helps save lives, reduce complications and reduce costs to the healthcare system and the patient as well. This is especially true of colorectal cancer, which the Centers for Disease Control and Prevention (CDC) describes as the second leading cause of death due to cancer in the US.2 It is worth noting that, while CRC is still the second leading cause of cancer death in the US, early detection has reduced its incidence from 79.2 per 100,000 in men in 1985 to 43.7 per 100,000 in men in 2013, a reduction of 45%. The incidence rate among women is lower (33/100,000 in 2013), and shows a similar decline from 57.3 cases per 100,000 in 1985.3

This reduction in incidence is due in part to the discovery and removal of precancerous polyps during diagnostic colonoscopy. However, the screening rate has plateaued over recent years, despite extensive public awareness campaigns including the recognition of March as Colorectal Cancer Awareness Month, as well as notable advancements in screening test utilization, sensitivity, specificity and patient convenience.

Despite public awareness efforts and test method improvements, the rate of colorectal screening has plateaued at 65%.

Early detection of cancer and detection of pre-cancerous states is a screening recommendation endorsed broadly by:

And even among these expert groups, there is a difference in recommendations between the use of fecal occult blood guaiac tests (FOBT), fecal immunochemical tests (FIT), FIT-DNA tests (combination of FIT and methylated DNA tests), and colonoscopy and sigmoidoscopy. Most expert societies prefer FIT over guaiac FOBT, but both are acknowledged by all expert groups with only the American Society of Gastroenterology recommending discontinuation of guaiac testing.

While different medical societies use their own nomenclature, there are common threads involving which tests are most appropriate for detection of polyps and cancer. Stool tests (FOBT, FIT and FIT-DNA) are classified as cancer detection (American College of Gastroenterology)5 or “tests that find mainly cancer” (American Cancer Society)6, and are compared to direct visualization tests including colonoscopy, flexible sigmoidoscopy and CT/colonography, which are classified as cancer prevention by the American College of Gastroenterology5 and “tests that find polyps and cancer” by the American Cancer Society.6

Current data shows a lifetime risk of colorectal cancer of 4.7% in men and 4.4% in women.7

The table below is compiled from the most recent colorectal screening recommendations for each of the tests by each organization for patients at average risk for colorectal cancer. Each society maintains a listing of exceptions for higher risk individuals and their high-risk patient data should be referenced for this information.

Screen who, for what, using what method, and how often?

It’s generally recommended that colorectal cancer screening begins at age 50 for persons at average risk of CRC, but earlier for those who may have an increased risk due to family history or certain medical conditions.3

Colorectal screening has undergone a number of transformations since the introduction of the first guaiac-based tests for fecal occult blood in 1970.8 These early tests provided a simple, easy-to-perform test that detected the presence of blood in the stool as an indication of polyps or tumors bleeding, though requiring the patient to interact with their stool. While relatively inexpensive, the early guaiac methods required dietary restrictions and created a positive reaction with interfering substances, including blood in red meat and certain vegetables. Nonetheless, this first step showed the public and the healthcare community that screening steps could be useful in early detection and set the bar for future advancements.

Over time, these tests became more sensitive and a variety of product forms came into the market, designed to reduce the discomfort and reluctance of the patient to interact with their stool. Clinical experience showed a relationship between the number of samples collected and, alternately, the number of samples taken from a specific stool sample and sensitivity. The reason relates to both the intermittent nature of bleeding of polyps and tumors, as well as the heterogeneous nature of the stool, with occult blood present in relatively low concentrations and not uniformly present throughout the stool. At the same time, it became obvious that far more tests were sent home than actually returned to the physician for analysis due to patient non-compliance.

Attempts to improve patient compliance took a number of forms and have been acknowledged to varying degrees by the healthcare community, test kit manufacturers and public health practitioners alike. Some physician practices adopted screening during the patient visit via digital rectal examination (DRE) and obtaining a stool specimen during the exam. NOTE: DRE is not recommended for colorectal cancer screening.9 These practitioners observed the maxim that “it is the test that gets performed that makes a difference”, with the intent to circumvent patient compliance issues with take home tests.

Test kit formats that resembled toilet tissue were introduced to reduce patient reluctance via the use of a more familiar and palatable sample collection technique. In addition, both test kit manufacturers and physician practices engaged in follow-up calls to patients who had taken FOBT kits home to remind the patient to collect the sample and return it for analysis. Despite these efforts, patient compliance and return of the test kits resulted in return of only about 33.5% of the test kits sent home, and the compliance rate for multiple tests by the same patient was even worse.10

In the United States, colonoscopy is the other screening method commonly performed to detect colorectal cancer. Done on an outpatient basis, once the patient has cleansed their colon using prescribed laxative agents, the test is performed with the patient under sedation, using a flexible tool that has a camera to visualize polyps and atypical tissue, and a device to remove the tissue for examination and biopsy confirmation of whether it is cancerous or not.

Other imaging alternatives to visual methods include flexible sigmoidoscopy and CT/colonography.

Around the world, beginning in the early 21st century and spearheaded by the Japanese healthcare system, newer fecal immunochemical testing methods began to be developed and introduced into the market. These tests promised a higher level of sensitivity and specificity to blood for improved screening outcomes, but, their cost per test was higher and sample collection issues persisted. Additionally, patient compliance was not substantially improved.

In the United States, Alere successfully introduced a FIT test in 2005, following an earlier introduction of FIT by Beckman Coulter. It was promptly followed by many lab manufacturers, including Beckman Coulter whose Hemoccult FOBT products had become the de facto standard in FOBT testing, Quidel, Hemosure, Polymedco and others. While these tests are notably more sensitive than the guaiac methods, they are still subject to the vagaries of the disease process, including intermittent bleeding as well as lack of uniform presentation of blood throughout the stool. Today, Hemocue/Hemoccult, Quidel, Polymedco and Hemosure are the key manufacturers selling FIT tests in the US.

Recent studies have also pointed out that the FIT tests, while having a good level of sensitivity for the presence of blood from tumors, are less effective at detecting polyps, which are typically the first noncancerous stage of tissue changes that lead to colorectal cancer.9

In 2014, the FDA cleared a new test from Exact Sciences which, unlike previous tests, is preformed in a reference lab setting, using the patient’s stool as a specimen. It is a combination of two different testing modalities. It uses both FIT and detection of both mutation and methylation of DNA found in the stool. Exact Sciences claims the use of 11 different DNA markers in addition to detection of hemoglobin via FIT technology. A positive result is indicated by the presence of any of the DNA markers and/or hemoglobin. In common with earlier FOBT and FIT tests, it is a take home test requiring the patient to perform the stool collection at home and send back to be processed at the central lab. As such, it does not avoid the compliance issues inherent in the process.

The most recently introduced screening test for colorectal cancer is the Epigenomics Epi proColon test. Unlike the other diagnostic tests, it stands alone in using a blood sample rather than a stool sample. The test is performed in reference laboratories and uses sophisticated, real-time PCR detection of methylated Septin 9 DNA, which is indicative of colorectal cancer.

There is a lot to know about “who to screen, for what, using what method, and how often” when it comes to colorectal cancer. That acknowledged, there are a few conclusions that can be made:

In colorectal cancer screening it is true that “it is the test that gets performed that makes a difference”.

We deliver a wide breadth of medical supplies and equipment, services, resources and tools to support today’s healthcare facility. Learn more about what McKesson Medical-Surgical can do for your care setting.

Be advised that information contained herein is intended to serve as a useful reference for informational purposes only and is not complete clinical information. This information is intended for use only by competent healthcare professionals exercising judgment in providing care. McKesson cannot be held responsible for the continued currency of or for any errors or omissions in the information.